free shipping on all orders over $35
HomeBlogThe Coffee Fruit: Anatomy 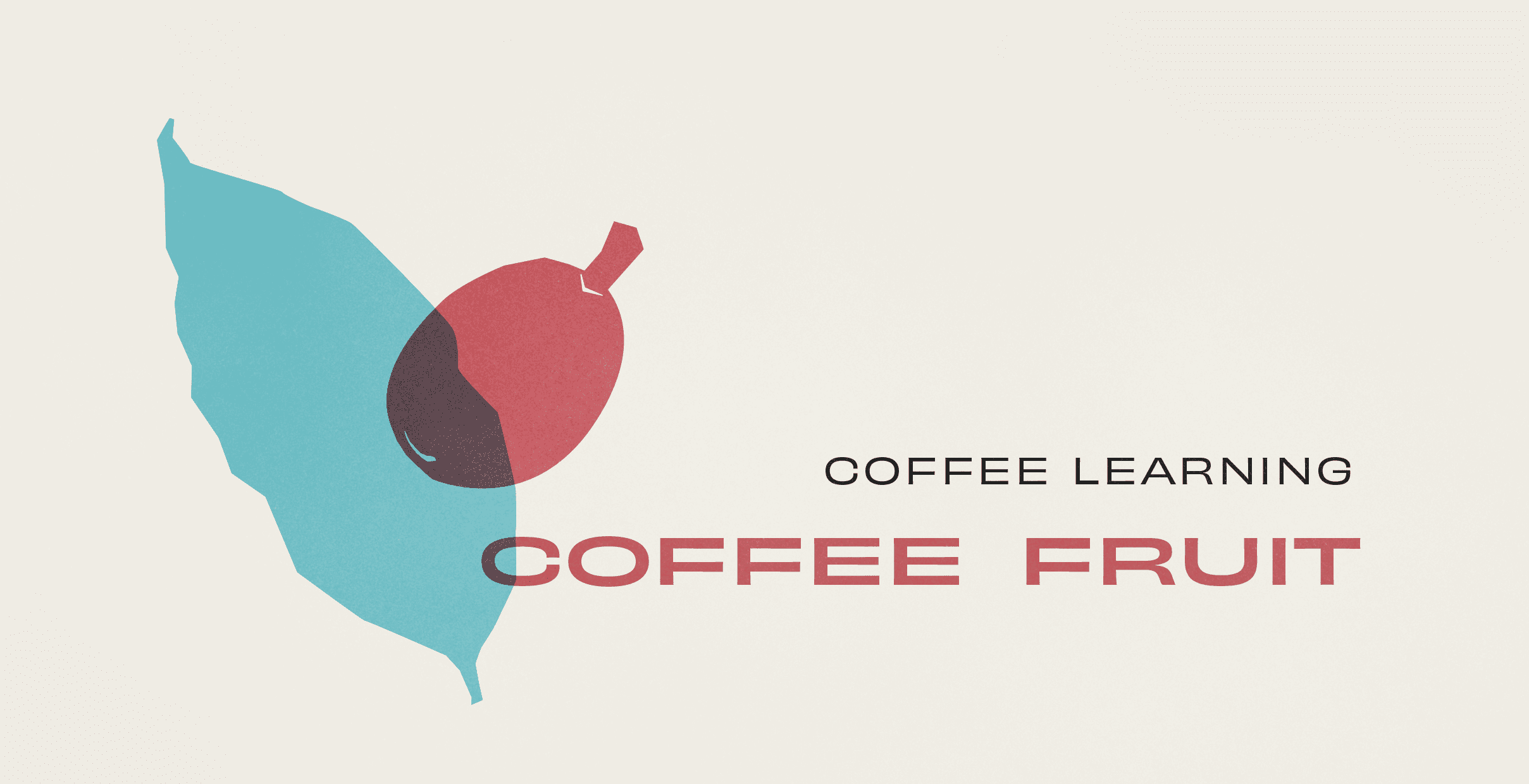 The coffee bean is the seed of the coffee fruit, which grows on a coffee tree. The more we understand about the lifecycle of the tree and how the fruit and seeds develop, the more empowered we are to develop and preserve flavors and flavor precursors throughout fruit development as well as during the harvest and post-harvest. Over the next few blog posts, we’ll take a look at this marvelous fruit: its anatomy, how it develops, and ultimately how it brings flavors to our cups.

Let’s begin our exploration of the coffee fruit by looking at its anatomical components. There are two main parts of the fruit: the outer fleshy part and the inner seed. Coffee is a simple fruit in that it develops from a single ovary. (Raspberries are an example of a fruit with multiple ovaries.) The figure below, from Wintgens (2009), takes us through the basic steps from bud to fruit. After the bud forms (1) and passes through a period of dormancy (2), the flower forms (3). Upon flowering, pollen (the male gamete) fertilizes two ovules (female gametes) (4). These fertilized ovules develop into two coffee seeds (the black parts of the fruit in the figure below) while the ovary wall develops into the fleshy part of the coffee fruit (the outer white part). Both the outer fleshy part, the pericarp, and the inner seed can be divided into three parts.

The word pericarp is derived from the Greek and Latin word peri, meaning around, while “carp” comes from the Greek karpos, meaning fruit.  As the fruit develops, the ovary walls differentiate into three distinct layers: an outer exocarp, a middle mesocarp, and an inner endocarp.

The outermost layer of the pericarp is the exocarp (or epicarp), commonly called the skin or peel. It is green in unripe coffee fruit and, depending on the coffee variety, will change to red (most common), yellow, pink, orange, or other colors upon maturation. This color change is the result of the dismantling of chloroplasts and, in the case of red fruit, the accumulation of anthocyanin in the exocarp cells.

The middle layer of the pericarp is the mesocarp or mucilage. It is the fleshy part of the fruit and is composed of water, sugar, and pectolytic substances. Vascular bundles also run through this layer. In unripe fruit, this layer is hard, but it softens as the fruit matures. Because of this, pulpers can be calibrated to pulp only ripe fruit (think of peeling a ripe banana versus an unripe one). Upon pulping, part of the mucilage is removed with the pulp (and in the pulping water) and part adheres to the parchment (endocarp). The coffee can dry without removing this mucilage (honey process coffees), or it can be moved mechanically (mechanically demucilaged coffees) or biologically (washed coffees) prior to drying.

As with the pericarp, the seed also comprises three separate parts: perisperm, endosperm, and embryo. The origin of all these tissues is the fertilized ovule (whereas with the pericarp it is the ovary wall). The coffee “bean” and coffee “seed” are the same thing, though normally the word “seed” is used when it will be planted to form another coffee plant (and thus it is not dried as much and stored in conditions that maximize germination rates), and “bean” when it will be used for consumption.

A normal coffee seed is relatively flat on one side and convex on the other, with a furrow running through the flat side.

There are normally two coffee seeds per fruit, though this is not always the case. Sometimes there is only one bean per fruit (monospermy). This can be due to many factors, including improper pollination or incomplete endosperm development. The remaining seed occupies more of the fruit space and develops a more rounded shape. These beans are called peaberries. (Sometimes the endosperm of one of the two beans in the fruit fails to develop inside a developed endocarp while the other bean is a normally-shaped bean. In this case, the undeveloped bean is called an empty bean or vano.)

Polyspermy is when the ovary has three or more cavities, resulting in numerous seeds per fruit. The most common of these are three seeds per fruit, with the seeds taking on a triangular shape (imagine a Trivial Pursuit game piece with three wedges). These are aptly called triangle beans.

The perisperm, commonly called the silverskin, is the outermost layer of the seed. It is a transitory tissue, initially filling in the locules (the two spaces in the ovary) where the seeds form. As the endosperm develops, it gradually fills the space of the perisperm. Upon maturation, all that remains is a thin testa (external coating), which comes off in the roasting process as chaff. If the perisperm has a darker reddish or caramel coloration, the coffee is called a fox bean. In unripe coffee, the silverskin often strongly adheres to the endosperm (in mature beans it can easily be scraped off) resulting in a defect that can bring astringency or rubber-like flavors to the cup.

The endosperm is the main source of reserve compounds—substances the plant generates to supply the seed with energy when it forms another plant. These sugars and polysaccharides, amino acids, lipids, and other compounds are the precursors to flavor and aroma formation in roasting.

The endosperm is a living tissue with active cellular respiration. This means that it can and will “eat” those reserve compounds that we want. A key to drastically slowing this process is removing the available water, which is necessary for cellular activity. This is why proper drying of the coffee in post-harvest processing is very important for maintaining coffee quality.

As a living tissue, it also will also react to physical damage. For example, the physical damage to the coffee bean that can occur during mechanical demucilation may not be immediately evident, but like body shots wear down an opponent in boxing, it can lead to premature aging of the bean. And that is the coffee fruit! Over the next few posts, we’ll take a more in-depth look at some of these parts, how and why they develop, and how they may impact the flavor of our coffee.