free shipping on all orders over $35
HomeBlogCup of Excellence: Guatemala 2022 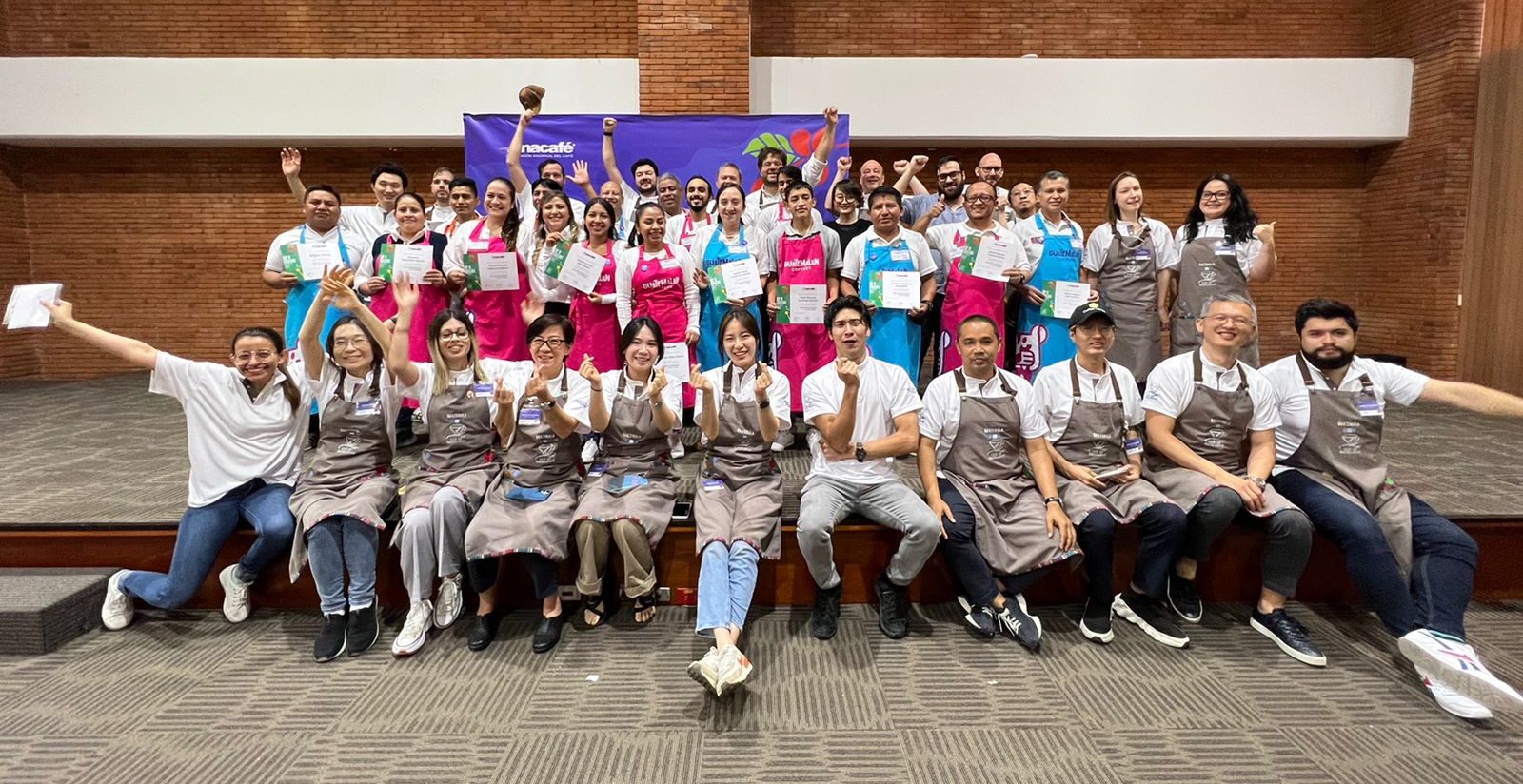 COE is back! After two years of canceled events and scaled-back competitions, Cup of Excellence held its first in-person international juries in Mexico and El Salvador in May. A couple of weeks later, I had the honor of heading down to Guatemala to participate as a juror in the third competition of 2022’s Central American series.

Established in Brazil in 1999 and operated by The Alliance for Coffee Excellence (ACE), the Cup of Excellence (COE) is one of the best-known and most revered coffee quality competitions and auctions in the world. With a mission of discovering the world’s best coffees and coffee growers and rewarding them for their efforts in quality, the competition consists of three rounds: pre-selection, a national jury, and an international jury. During pre-selection, local cuppers evaluate hundreds of coffees submitted through an open call. Any coffee scoring above a certain threshold, currently 85 points out of 100, passes through to the national competition where it is evaluated by a team of in-country judges. The top 40 coffees move on to the international jury week where they receive their final scores, and all coffees scoring above 87 points will be declared a winner and eligible for the COE auction.

So what makes a COE winner?

The simple answer is any coffee that achieves a score of 87 points or above from a calibrated international jury. The scores are based on an internal system that evaluates the following attributes: clean cup, sweetness, acidity, mouthfeel, flavor, aftertaste, balance, and overall impression. Negative points are assigned for defects. While the Cup of Excellence system is similar to the SCA scoring system taught to certified cuppers in the Q-grader program (you can read more about the Q here in Joel’s blog series), it varies slightly and is exclusively used in the Cup of Excellence program.

Why do certain coffees score higher than others?

This question is a little more complicated. Quality generally comes from best practices: picking ripe fruit, drying it carefully, and sorting out the defects. When this is the norm, as it is for most of the coffees that make it past the initial stages of COE, what else can push a coffee over the top? Well, a few things.

Climate, altitude, topography, and a host of other factors all contribute to terroir, the umbrella term used to describe the combined influence of all factors on a coffee’s natural environment. In Guatemala, coffee grows in 204 of their 340 municipalities and is typically marketed under one of eight major regions established by Anacafe (Guatemala’s national coffee association). Each of these regions is made up of numerous sub-regions and municipalities, each with its own microclimate and terroir. Below is a graph of this year’s competition coffees by department. While Huehuetenango had the most success and is Guatemala’s most well-known region for coffee quality, fifteen other departments were also represented, including Jalapa, home of the first-place winner Jose Roberto Monterroso Pineda of El Morito farm.

Variety is another major factor contributing to a coffee’s profile. There are hundreds of different cultivated varieties of Coffea arabica, one of two major commercially produced coffee species, generally considered to have the most favorable cup profiles. In the past, the market tended to prefer traditional flavors, like caramel and chocolate, which are most often expressed through washed coffees of the Typica lineage, like Caturra and Bourbon, but as consumer trends have moved toward the more complex and less-traditional, exotic varieties like Gesha and Pacamara have begun to dominate the competition landscape and fetch the highest prices. While some argue that exotic varieties and special post-harvest processing (which we’ll discuss in the next paragraph) distract from and devalue the traditional varieties and terroir of the origin, a skilled cupper will almost always give a higher flavor score to a coffee with complex attributes like fruity or floral notes. In this year’s Cup of Excellence Guatemala competition, a whopping 64 percent of the coffees entered were of the prized Gesha variety, including eight of the top ten winners.

A final, and major, contributor to a coffee’s profile is processing. More specifically, post-harvest processing, which at a basic level is the way coffee is dried. After harvesting, the coffee seed (or “bean”) must be dried to around 11 percent moisture content. This can be done in one of three ways. Note that there are several methods and techniques within and adjacent to these three processing types, but these are the three major categories:

In Central America, the “clean” flavor profiles of chocolate and caramel were traditionally preferred and associated with the region’s most common fully-washed process. But, like with cultivars, consumer preferences have changed over the years and many producers find they can manipulate flavor profiles with more consistent results through different processing techniques. While washed coffees once dominated competitions, we’re starting to see a much more diverse set of processing methods on the winners lists. This year’s COE International stage in Guatemala included 23 washed, 13 natural, and four honey-processed coffees.

How much will these coffees cost?

At the first Cup of Excellence auction in Brazil in 1999, the top lot was purchased for $2.60 USD per pound, an amount considered a major success at a time when the C-market price was well below a dollar. Flash forward 20 years and first-place coffees often fetch over $100 per pound, with the all-time record set in Costa Rica in 2018, where Luis Ricardo Calderon Madrigal received an incredible $300.09 per pound for a honey-processed Gesha coffee from his farm, Don Cayito. Will that COE record be broken this year? Or ever? Time will tell, but I can say that the 40 coffees we evaluated in Guatemala this month were some of the best I’ve ever had and will surely entice some of the world’s top roasters to reach for their auction paddles.

Note: We will host a cupping of the Cup of Excellence Guatemala winners here at Little City in July. Please sign up for our newsletter at littlecity.com for more info and to learn about other exclusive events and offers only available to our subscribers.