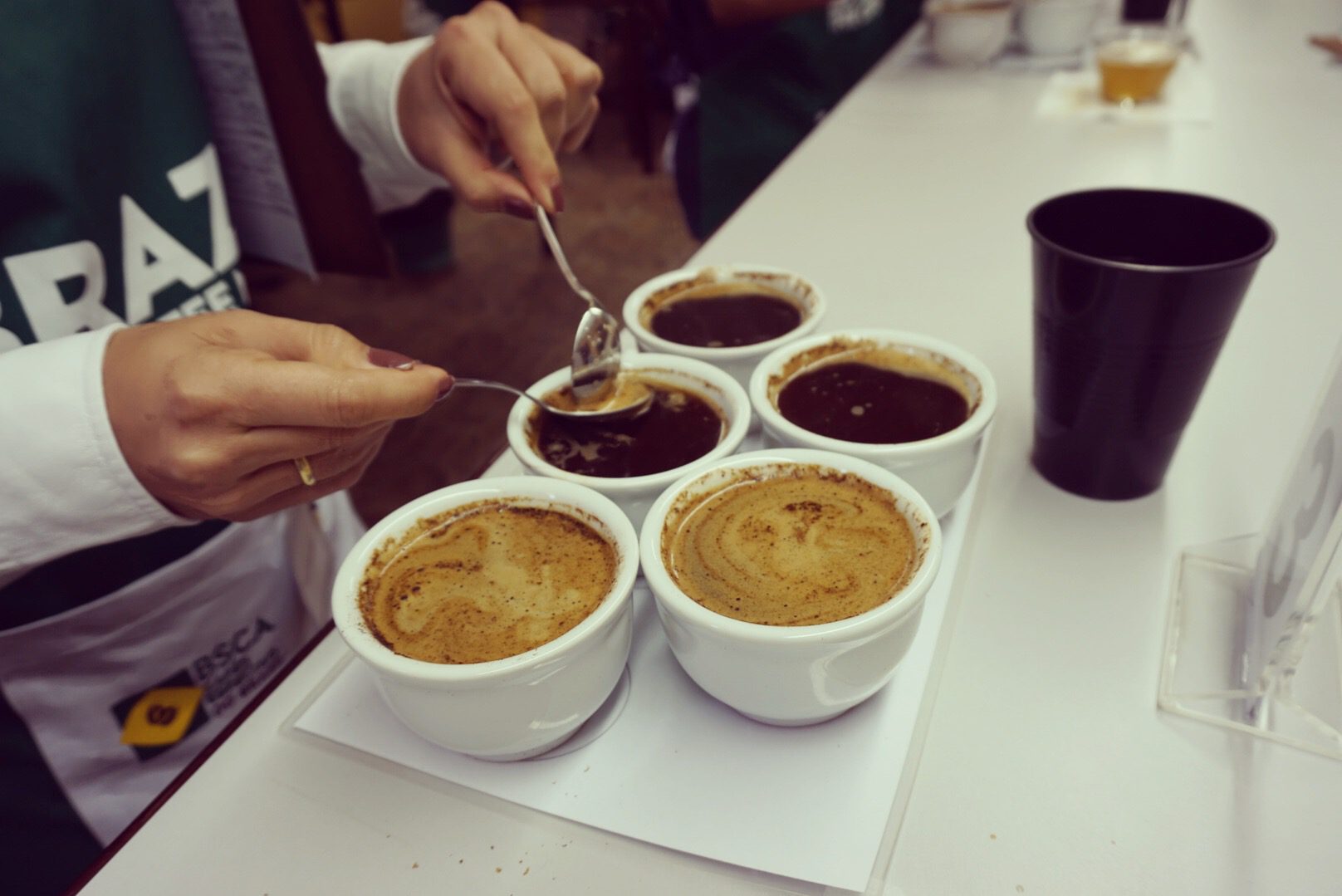 Cupping & The Art of the Skim

At Little City we cup a lot of coffees. Cupping is the step-by-step process used for evaluating a coffee’s individual attributes to assess its overall quality. Its steps are numerous and steeped in guidelines and protocols. A cupper at source in Ethiopia or Indonesia should theoretically follow the same procedures as a potential buyer in Austin. It is an international language that connects the industry and aims to keep all points of the supply chain on the same page when discussing a particular coffee’s quality and value.

Read more about cupping protocols here or click here to learn more about the Q Grader course that certified cuppers.

One step in the cupping process that is rarely discussed in terms of protocol is the skim. After the coffee has been brewed (8.5g of coffee per 150mL of water at 200-205°F for 4 minutes) and the crust of grounds formed on top has been broken (with the bottom side of a spoon in 3 swift motions), the foam that remains on the surface of the cup must be removed. This step is strictly functional, ensuring that the cuppers get a clean spoonful of liquor – the term used for the brewed coffee that will be slurped by spoon during evaluation. Aside from washing dishes, skimming is likely the most monotonous and time consuming step of the entire cupping process.

In our years of daily cupping and travel we have skimmed a lot of cups and have seen a lot of cups skimmed. Below are some videos of the various methods we’ve encountered:

The most common skim. Two spoons are placed together and slowly fanned out around the inside edge of the cup to collect the foam from the top. Here Randy makes it look easy though it will take some practice for new cuppers to be able to remove all of the foam in one motion.

This method was captured at a Coffees of the World class given by Joel and Eric in Varginha, Brazil and was the catalyst for this extremely specific and geeky blog post. Here Jorge Assis of Monte Alegre uses a one-handed scoop to corral the foam and then a swirling motion on the surface of the cup to coax it in to the spoon. One may argue that this amount of motion could cause excessive agitation and potentially over-extract the sample, but who are we to argue with a guy who has been cupping longer than half of our company has been alive? Plus it looks super cool and leaves a perfectly clean cup!

Finally a look at the rarest of the skim methods we’ve witnessed – the blow technique. In this video Joel took at a local coffee competition in the state of Parana years ago, a contestant floats all of the foam to one side of the cup with a gust of breath before gently scooping it out with his spoon. This technique is rarely seen in Specialty Coffee and is more commonly seen with old-school cuppers who use the Brazilian COB (Classificação Oficial Brasileiro) system, where the roast is lighter and the grind coarser, thus facilitating the blow, if you will. We’re not sure if it is critical to the technique, but the Sam Elliot ‘stache definitely doesn’t hurt.

There you have it – three videos that prove the skim worthy of our attention and appreciation. We encourage our fellow cuppers to practice these techniques and turn us on to your own special skim methods.