free shipping on all orders over $35
HomeBlogSourcing Trip: Colombia 2021

Last month I had the pleasure of returning to Colombia for the first time since 2018. Every year, we try to visit each of our key origins, but we missed the trip in 2019. Little did we know then that the world would shut down only months later and it would be another two years before we could return. Of course, absence makes the heart grow fonder, and as I texted to some co-workers a few days after my arrival, “in case you were wondering, the coffee here is still really good!”

The hiatus between trips also served to highlight change in a very noticeable way. Like all industries, coffee has faced new and major challenges in the past two years. Pandemic, market instability, labor shortages, climate change, and shipping woes were all common concerns among the producers we visited, but these difficult conversations more often than not turned to how they were adapting, growing, and creating sustainable futures for their farms and businesses. It was inspiring to see the success and growth of our partners and to meet so many new people working hard to innovate and move the industry forward during these uncertain times.

After arriving in Bogotá, we set off on the first leg of the trip to meet with Sarah and Stephen from The Coffee Quest for a few days in Huila. The southern department produces the most coffee in Colombia after Antioquia, and in my opinion it is some of the best in the world. After a short flight to Neiva, Huila’s capital, we set off for the growing regions near Garzón and Gigante, where the main harvest was just getting underway. Colombia’s equatorial location allows for both ample rain and sunshine year-round, and although the lack of a dry season can be challenging for growers, the weather conditions allow for two annual harvests, a main harvest and a fly-crop, or mitaca, both of which can come at different times of the year, depending on region, altitude, weather conditions, and a host of other factors. Evidence of this is often found on the coffee trees themselves, where it is not uncommon to see multiple stages of the lifecycle—flowers, green fruit, and ripe fruit—all on the same branch. Because of the multiple and staggered harvests, we are able to source fresh coffee from Colombia year-round, another reason Colombia is such an important origin for coffee roasters.

We visited several farms in the northern regions of Huila, including the impressive El Corozal, where Delfin Carvajal and his family are processing a large portion of their harvest as naturals. In a country where the majority of coffee is fully washed, this is certainly not the norm, though it is becoming increasingly more common and was especially noticeable after a three-year gap between visits. Historically, natural coffees were not often seen in Colombia, as the FNC (Colombia’s National Coffee Federation) preferred to highlight the “clean” and bright flavors of washed coffees, so much so that it outlawed the export of natural coffees out of fear that their more exotic flavors could taint Colombia’s reputation.

Colombia’s lack of a dry season is also a challenge for producing naturals as they take extreme care and can easily develop defects and off flavors if not dried consistently. Despite the historical and environmental stigmas around natural and honey processed coffees, their popularity in recent years has driven an increase in production, and producers like Delfin have found a new niche in the space as well as a new source of income. Based on Stephen’s insistence that these coffees “slap,” and later evidenced by a cupping in Medellin, we are happy to see producers like Delfin delivering high-quality and consistent natural Colombian coffees throughout the year.

After two days in the north of Huila we headed south to Pitalito, one of the most famous and productive coffee regions in Colombia. We spent two lovely days visiting farms and warehouses, then finally made it to Palestina, home of Jose Lizardo Alba and his Finca Los Jazmines. Last year we purchased Lizardo’s coffee for the first time and it was an instant favorite among our Little City team and customers, so we decided to bring in even more this time (look out for a November launch!). Among other varieties, including Geisha and Caturra, Lizardo specializes in the Pink Bourbon variety. Initially discovered in Huila and believed to have African roots, the Pink Bourbon plant is more rare than its red and yellow counterparts, and according to the growers it is more resistant to disease. However, due to its short window of ripeness and minimal difference in color between unripe and overripe, it is more difficult to pick.

In the cup, the best pinks have a delicate floral quality unmatched by any other Colombian coffee we’ve tasted, and this year’s crop, in my opinion, is even more sweet and complex than last year’s. It was a pleasure to finally meet Lizardo, to see his beautiful farm, and most importantly to observe firsthand his passion and expertise when it comes to harvesting and processing his coffees. His meticulous attention to every detail exceeded our expectations and I am confident that we will want to continue working with Lizardo and purchasing his stellar coffees for years to come.

Moving on from Huila, and after a quick visit to Coffee Quest’s dry mill near Medllin in Rio Negro, it was time to head to Risaralda to visit our old friends from Asocafe Tatamá. Made up of 95 growers from the region around Santuario and the Tatamá natural reserve, the association offers purchase of parchment coffee to its members as well as dry-milling, roasting, and marketing services. Since our last visit, the association has ramped up their roasted coffee brand, La Perla Dorado, selling to many cafes and restaurants in the area; they are even building a cafe of their own right in the central plaza of Santuario. When complete, the cafe will serve as a central meeting place for the association members as well as an education hub for Risralda’s aspiring young baristas and coffee roasters.

After a short tour of the new facility, we headed out via Jeep Willys to visit some member farms. Joining us on our ride was Daniel Castaño of Finca El Futuro. Only 16, Daniel is quickly becoming a leader in the association. He has worked on his family’s farm his entire life, began cupping coffee at age 11, and through the association is training to be a barista and coffee roaster. He even has his own roasted coffee brand, El Futuro. His work ethic, intelligence, and eagerness to learn are inspiring, and he represents a bright future for young coffee growers in Colombia.

The next morning started with a quick visit and cupping at Finca Las Nubes, just outside Pereira. The small farm specializes in exotic varieties including Geisha, Wush Wush, and Pink Bourbon and is producing excellent natural coffees utilizing mechanical dehydrators from Nuna Cafe, an equipment manufacturer located in Antioquia. Described to us as a “giant air fryer,” the Nuna Oreador has controls for time, temperature, and fan speed, and according to our hosts it has helped to create a more consistent and repeatable profile in their coffees.

We paid one final visit to Finca La Esperanza, the farm of Beatriz Angel, mother of our friend and former intern Pedro. After that we were on our way back to Bogota. With great memories and a bag full of samples it was time to return to Texas. Hasta luego, Colombia, until we meet again! 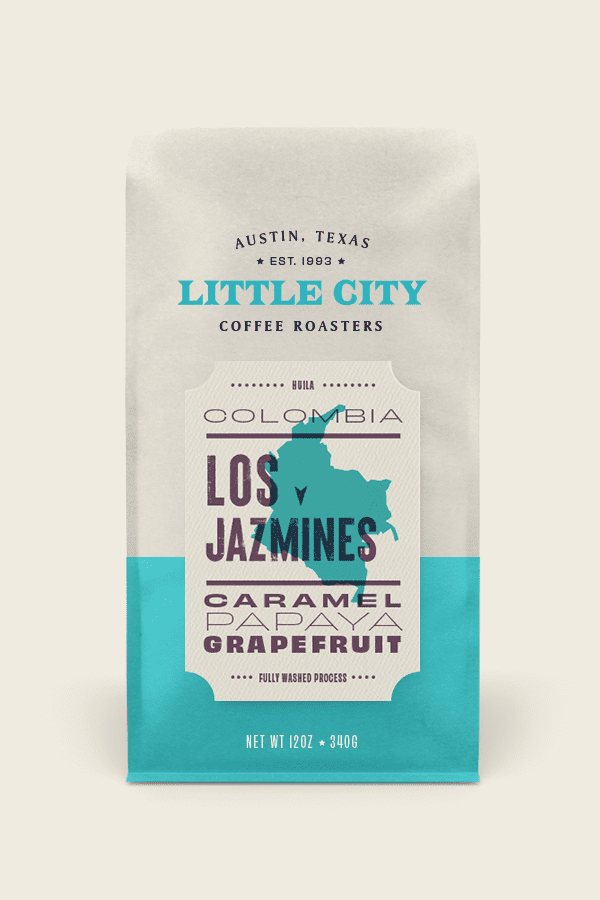 $18.99
0
0
Your Cart
Your cart is emptyReturn to Shop
Continue Shopping